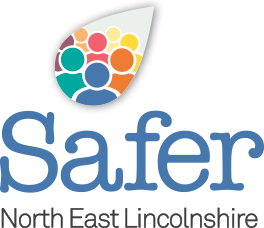 Bullying may mean different things to different children, dependent on whether they see themselves as ‘the victims of bullying’ or ‘the bullies’. However, the way children feel about bullying and about how other people’s behaviours affect them, means that regardless of how others see those ‘behaviours’ – to the victim it will still be ‘bullying’.

Bullying can include a range of behaviours or actions by individuals or groups that are repeated over time and that are intended to cause either physical or emotional harm to another individual or group. There are many different types of bullying and many ways in which bullying can happen. It can be motivated by prejudice against a particular type of person or just because a child or young person is different in some way from the wider group. When dealing with bullying, in North East Lincolnshire our first priority is to stop any violence and make sure children are safe. What we need to remember though, is that whether or not bullying involves physical contact or violence, the emotional impact of bullying can be just as bad for children and can cause serious harm.

Hate Crime is the targeting of individuals, groups or communities because of who they are motivated by prejudice or hate. Hate crime and incidents can be committed against a person or their property. They are motivated, or perceived to be motivated, by the offender’s hatred of someone because of their:

Bullying and online abuse and harassment

Offences might include threats to kill, threats to cause damage, criminal conduct amounting to harassment and comments that incite racial hatred, violence or rioting. If this is the case call Humberside Police on 101 to report it.

For general unpleasant or inappropriate posts, in the first instance, you should contact the social media site on which the comments have been made and ask for their assistance. If you think you have been libelled to the extent you wish to take action then you should consult with a solicitor.

Some forms of bullying are illegal and should be reported to the police, these include violence or assault, repeated harassment or intimidation, theft and hate crimes. Call 101 to report these matters, or if you are at immediate risk dial 999 and ask for the police